On March 23rd, I was finally able to update my website with a new version I had been working on. My previous website was old, and written in ASP.NET 3 Web forms using VB.NET (as an aside, I have no problem with VB.NET, it compiles to the same bytecode as C#, sometimes I actually like the syntax too). Yuck. When I first began the previous implementation of the site, I had only just started learning .NET and the only other backend web technology I knew was PHP at the time. A lot has changed since then and it was time for a more modern look.

My goals with the new design were to:

I'd like to dig into each of these goals in a bit more detail and explain my thought process behind them.

The Design I had was showing its age. I wanted something simple, modern, and I wanted it to use a dark green color. I had always liked the design of (the now defunct site) Newsvine. So I found a color scheme that used dark green for the header and a light grey for the background. The header is simple, with the links following as buttons and as a "hamburger" menu for the mobile version.

When Microsoft announced .NET Core, I was excited. I had become pretty familiar with .NET/C#/VB.NET over the years and was happy to hear there was a version that was both cross-platform and even faster than the .NET Framework implementation. I chose to use .NET Core (in C# this time, so calm down) and implement a hybrid approach and use both MVC where it makes sense and Razor pages for everything else. Essentially the MVC approach was used for the blog and the admin console and pages for everything else. Starting with an empty project makes this pretty trivial to implement.

While I could have learned something new, I'm not particular enamored with today's web technologies. I was never a fan of writing Javascript as a server-side language and most of the newest trends seem to focus on that metaphor: using Node.js and some library like Angular or React. There are certainly other choices such as Ruby, modern PHP, Java, or Python as examples. However as my server runs Windows Server anyway, ASP.NET Core seemed appropriate to learn modern .NET for the web.

I use Markdown to write my blog posts. I wanted my blog engine to store the markdown post in the database and pull it, and convert it into HTML on-the-fly. Using Markdig made this easy. A simple (razor) call to the library worked.

That was it. Problem solved.

There is an admin section. It's not complete yet, but it's there. There is currently no way to register (aside from manually inserting into the database) to be a User, but the login works well. I'm using salted Blowfish encryption. Much like Markdig made markdown easy, BCrypt.NET-Core makes it easy to implement this encryption. Using a combination of:

I think I have a solid implementation of a secured area of my site. The built-in methods for authentication in .NET Core make using cookies to control authorization quite easy.

The web in 2018 is awful. Going to almost any website requires downloading of countless trackers and libraries. It's bad enough when websites need 30 KB of jQuery and 140 KB of Bootstrap just to render a couple of small modules; the web today requires tens of trackers and javascript libraries that add up to pages that are slow and unmanageable. It is 2018 and HTML hasn't changed much in twenty years: why are websites so slow? 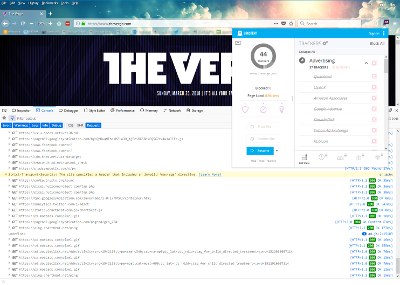 Going to The Verge loads (according to Ghostery) 44 trackers. Loading the console in Firefox shows request after request after request. We have all been to websites where the site seems to load slowly, piece by piece. This is the world we live in. Today's "modern" website requires a large amount of Javascript that—in my opinion—ruins the experience of the web.

This site uses one Javascript function, the only need is to hide/show the mobile menu when the "hamburger" is tapped. That's it. All of the CSS is my own except (and there always is an exception) two Google Fonts (Inder and Lusitana) and the Font Awesome library for the "brand" icons in the menu bar.

Going forward, as I finish up the final pieces of the backend site, I'd like to open source some of my code. Look forward to part two of this post in the near future!

The Tallest Man on Earth

I don't normally do music reviews, or much talk about the music I even listen to, for that matter. However, one of my favorite artists released a collaboration EP with the yMusic Ensemble. That artist would be The Tallest Man on Earth (TTMoE). Obviously, he is not literally the tallest man on earth, but that is the pseudonym he goes by. When I first starting listening to his music around 2010, it was a fresh sound for me. His style is very...raw. Many of the people I've introduced him to could not get past his voice. He sings in a very raw, scratchy style in what I would describe as modern folk music; this is not to be confused with indie folk. Almost all of his albums are him with an acoustic guitar, recording wherever he sees fit, often outside so you can hear birds and bugs in the background.

The Tallest Man on Earth with yMusic

The EP that came out in late July is fantastic. It combines the pastoral qualities I love about TTMoE, and adding in classical chamber ensemble music mixed in. Having that most the songs on the EP are available on one of his other albums helps make a nice comparison. If you're new to TTMoE, this EP might be a nice way to ease into his style.

As the weather begins to cool down here in Cleveland, I have a feeling I'll be listening to a lot more TTMoE as my autumn artist of choice.

You can buy a digital copy or preorder a vinyl from the TTMoE website. You can also stream it from a variety of services.

You can also stream it right from soundcloud below.

I recent found my copy of MS-DOS 6.22 and Windows 3.11 for Workgroups. I've finally (with the help of this addition package) got it running stable on VirtualBox. While I plan on doing some more detailed posts about this I thought I'd share this wonderful installation screen for Borland C++ 4.5. This represents everything I both loved and now dislike about the early 1990s era of GUI computing. More to come. 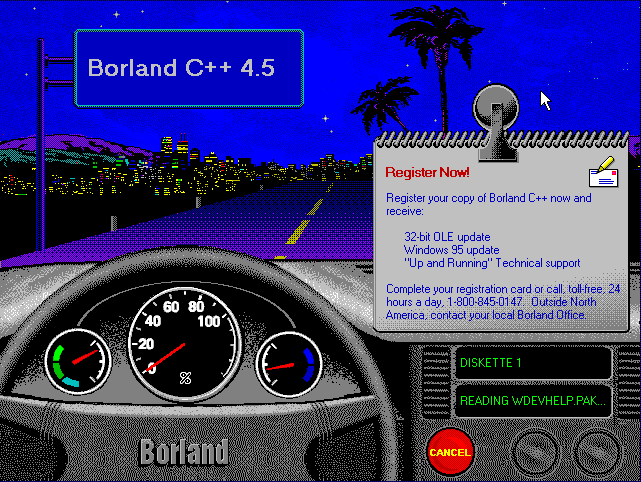